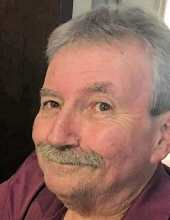 Born on August 7, 1951 in Marshall County, he was the son of the late William Edward “Edd” Willoughby and the late Jessie Evelyn Chilton Willoughby. He was an avid Tennessee Titans and Vols football fan. He loved horses and fishing. He attended Petersburg Cumberland Presbyterian Church.

In addition to his parents, he is preceded in death by his brother, Ricky Willoughby.