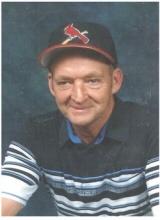 Biography
Mr. David Odell Price Sr., age 60, of Lewisburg, went to be with his heavenly father on October 21, 2011 after an extended illness.

A native of Lawrenceburg, TN, he was the son of the late Eva M. Walker Price and Mitchell Odell Price. He was a self employed carpenter and painter and was a member of the Baptist faith.

Funeral services for Mr. Price will be conducted on Sunday, October 23, 2011 at 2:00 PM from the chapel of Bills McGaugh Funeral Home with burial to follow in Sunset Park Cemetery with James E. Davis Sr. officiating.

In Lieu of flowers donations can be made to help cover funeral expenses.
To order memorial trees in memory of David Price, please visit our tree store.