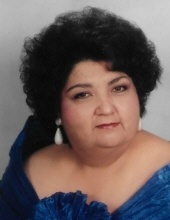 Darlene Hall, age 69 passed away at her residence on Wednesday, August 16, 2017. She was born on November 23, 1947 in Chicago, IL to the late Joaquin and Hermal Branham Vega.
Darlene had a great love for helping others and her lifes dream was to become a nurse. She achieved her goal by graduating from nursing school on September 5, 1980 and had a wonderful twenty year nursing career. Her next goal was finding the man of her dreams, her soulmate, which she did. On September 3, 1999 she married Ralph E. Hall, who proceded her in death February 17, 2014. Darlene was a former member of Five Points Volunteer Fire and South Marshall Fire Departments. She also previously served as President of the Cornersville Lions Club. After joining the Ladies Auxillary of the American Legion, she accepted the role of President. She retired her post earlier this year. When she was not busy with work, family and volunteering, she spent any free time gardening, listening to 50s music, playing skip-bo, solving crossword puzzles and reading. Her joy was found in her family, work, volunteering, and life.
She was also preceded in death by two grandsons, Christian Haynes, JT (John Tucker) Music, a great grandchild, Grace, and two brothers, Andy Vega and Arbie Vega.
Darlene is survived by three daughters, Annette Marie Haynes, Sherry Lynn Music, Eva Williams, a son, Gene (Lisa) Hall, nine grandchildren, Andi Haynes, Drew Haynes, Josh Music, Jake Music, DJ Bates, Cheyenna Bates, Sarah Taylor, Angie Hall, Laura Grubb and five great-grandchildren.
Visitation will be held with the family on Saturday, August 19, 2017 from 4:00 PM until 7:00 PM in the Chapel of Bills-McGaugh & Hamilton Funeral Home & Crematory and again on Sunday, August 20, 2017 from 11:00 AM until 2:00 PM. A Funeral Service will begin at 2:00 PM with burial to follow in the Gills Chapel Cemetery.
Notes of condolences may be sent to www.billsmcgaugh.com.
Bills-McGaugh & Hamilton Funeral Home & Crematory is assisting the family with the arrangements.
To order memorial trees in memory of Darlene Vega Hall, please visit our tree store.