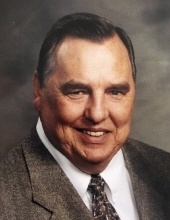 Born on July 17, 1941 in Lewisburg, he was the son of the late Carl E Hinds and the late Lettie Connelly Hinds. Connelly was a devoted member of Lewisburg First United Methodist Church. He taught Sunday school classes for many years, served as director of the UMYF, and was an active member of the First United Methodist Mens Club. Connelly was devoted to loving his family and had a passion for doing home projects. He was an Industrial Engineer, and former co-owner of Omnitech, located in Hopkinsville, Kentucky. Connelly finished out his working career at Walker Die Casting Company.

In addition to his parents, he is preceded in death by his brothers, Carl Edward Hinds, Jr. "Buddy" Hinds, Johnny Hinds; and sister, Linda Orr.

A Memorial Service will be conducted on Sunday, April 28, 2019 at 2:30 P.M. in the chapel of Bills-McGaugh & Hamilton Funeral Home with Mark Irvin and Tom Smith officiating. Burial will follow in Lone Oak Cemetery. The family will visit with friends Sunday from 12:30 P.M. until service time.

BILLS-MCGAUGH & HAMILTON FUNERAL HOME & CREMATORY is in charge of the cremation arrangements. Condolences may be offered online at www.billsmcgaugh.com
To order memorial trees in memory of Connelly Hinds, please visit our tree store.