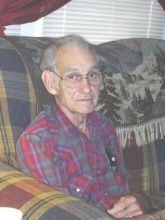 Biography Clifton Roberts, age 83 of Lewisburg, TN passed away on Monday evening, January 16th, 2012 at Williamson Medical Center in Franklin. Mr. Roberts was born in Davidson County and was a lifelong resident of Marshall County. He was the son of the late Hobart Roberts and Betty Delaney Roberts. He was retired from Heil-Quaker Corporation with 40 years of service. He was a charter member of Parkview Baptist Church where he served as a Deacon.

In addition to his parents, he was preceded in death by his foster parents Ulver and Susie Welch and two brothers Toy and Olen Roberts.

Funeral services for Mr. Roberts will be on Saturday, January 21st, 2012 at 1:00 P.M. from the chapel of Bills-McGaugh Funeral Home with Rev. David Spray officiating. Burial will follow in Lone Oak Cemetery.