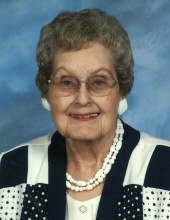 Charles Evelyn or Charlie, as she was often called by her friends, was born on June 8, 1927 in Portland, TN to the late Charles Edward Kerley and the late Louise Bunch Kerley. She graduated from Marshall County High School in 1945 and then attended two years at Blue Mountain College in Mississippi. She later attended an additional two years at Cumberland College in Lebanon, TN and served as social chair of her junior class in 1949. There she was active in drama attending every play at The Barn, the college’s theatre and playhouse. She was a member of the Alpha Psi Omega Dramatic Fraternity. She loved music and played the organ for her fun and enjoyment in her younger years.

Charles Evelyn Kerley married her beloved husband Ervin Mar Miller, who preceded her in death on July 29, 1996. A true socialite, she enjoyed entertaining and speaking with people from all backgrounds in life. She never knew a stranger and was active in a local bridge club with dear friends for over 50 years.

Evelyn was a devoted and long time member of First Baptist Church of Lewisburg actively involved in choir, handbells, teaching Sunday school and church training, leadership roles in the Women’s Missionary Union, and driving youth groups to various events. Her devotion and commitment was to God and Church, her husband, three sons, and to all members of her family. Evelyn had a smile, laugh, and wit that was contagious and placed a warm smile and laugh on others. This was her most enduring ministry and gift to others. She was very much loved and will be greatly missed.

A family only visitation was held at Bills-McGaugh & Hamilton with a private burial following.

A memorial service celebrating Charles Evelyn’s life embracing the joy of Christmas (her favorite season) will be held for family and friends in December with a date, place, and time to be determined later.