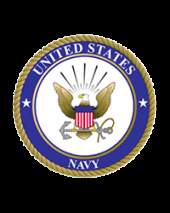 Mr. Anderson was born on September 12, 1933 in Lewisville, Texas. He was married to Betty Jo Anderson, who preceded him in death on October 4, 1998. In addition to his wife, he is preceded in death by his parents, two brothers, Joe and Gene Anderson.

Graveside services of Mr. Charles Anderson will be Friday, April 26, 2019 at 2PM in Lone Oak Cemetery. In lieu of flowers, please make donations to the American Cancer Society.