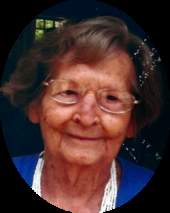 A native of Marshall County, she was the daughter of the late J.C. Tate and Julia Orr Tate. In addition to her parents, she is preceded in death by husband, Willard Earl Glenn, two brothers Paul Tate and Ed Tate, three sisters Bessie Tate Hayes, Tiny Tate Johnston and Julia Tate McDaniel.

Condolences to the family may be sent to www.billsmcgaugh.com.

Bills-McGaugh Funeral Home is in charge of the arrangements.
To order memorial trees in memory of Catherine Glenn, please visit our tree store.