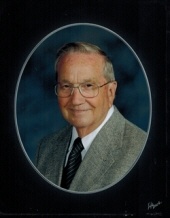 L. Bryant Baugher, age 74 of Lewisburg, passed away on Tuesday, January 6, 2015 at his residence. A native of Limestone County, AL, Mr. Baugher was the son of the late Asa Baugher and Ophelia Vincent Baugher. He was also preceded in death by two sisters, Reba Wynell Peete and Mattie Jane Neese; and two brothers, Morris and Dorris Baugher. Mr. Baugher was a realtor at David Jent Realty, served as the Building and Codes Inspector with the City of Lewisburg for many years, was a Mason and member of the Elks Lodge, a member of First Presbyterian Church, and served his country in the National Guard.

A Memorial Service for Mr. Baugher will be held Sunday, January 11, 2014 at 3 PM in the Chapel of Bills-McGaugh Funeral Home. Visitation will be Sunday, beginning at 1 PM until the service hour.

Bills-McGaugh Funeral Home & Crematory is in charge of the arrangements.
To order memorial trees in memory of Bryant Baugher, please visit our tree store.