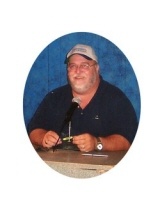 Bobby Louis Smartt, age 58 passed away Tuesday, October 09, 2012 at Saint Thomas Hospital in Nashville, Bob was a native of Lincoln County, TN but had spent the past 30+ years in Lewisburg. He was the son of the late Robert Smartt and Mardell Smartt. A brother Phillip Smartt also preceded him in death.

Bob was the Owner and General Manager of WAXO 1220 AM, FM and WAXO TV in Lewisburg. He was a graduate of the Tennessee Institute of Broadcasting. He was instrumental in raising over a million dollars for various civic groups, school groups and charities over the past 20 years. The Lewisburg Elks Lodge named him "Citizen of the Year" in 2012. Bob was a devoted member of the Berean Baptist Church where he also played piano and was the church videographer. According to his daughter Jeanne Kay, "It's a great day in Heaven."

Funeral services for Mr. Smartt will be Friday, October 12th, 2012 at 12:20 P.M. from Lifesong Family Church, 1041 South Ellington Parkway with Bros. Rick Stephens, Tim Atkisson, Rocky Cunningham and James Kinslow officiating. Visitation with the family will be Thursday, October 11th, 2012 at 2 P.M. to 8 P.M. at the church and again on Friday after 10:00 until the funeral hour. Burial will follow at Rose Hill Cemetery in Fayetteville, TN.

In lieu of flowers, suggestions are made for the following: Contributions in the name of Jeanne Kay Smartt at Bank of America or Heritage Community South Credit Union or the Bob Smartt Memorial Fund from Berean Baptist Church in care of First Commerce Bank.
To order memorial trees in memory of Bobby Smartt, please visit our tree store.