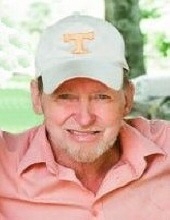 Born October 7, 1941 in Limestone County, Alabama, he was the son of the late William C. Street and the late Velmer Haggermaker Street. Bobby would always say he was just a 'poor ole country boy'. A hard worker from a young age, his first job was helping his parents as sharecroppers at a local farm, at the age of 15, he ran up his birthday six months so he could 'get a real job' at the former TN Knitting Mill. After a few years, Bobby became employed with the Columbia Fire Department. He worked there until becoming a self-employed painter. He worked until his health began to decline, even then still piddling around the house.

Bobby was known to his family as someone who would tell you like it is and give you advice whether you wanted to hear it or not. He always wanted to make sure his family didn't make the same mistakes he did. Bobby had a passion for anything that went fast, and was an avid classic car enthusiast. Anytime you would go over his house, you would find him in recliner in the living room, and chances are he was watching the news, the Titans, TN Vols, or Nascar. He enjoyed going to the Fishermans Resort in Town Creek, AL, and spending hours on the river fishing, riding in the pontoon, or riding around the campground in his golf cart. Overall, he was a beloved husband, dad, papaw, and friend.

In addition to his parents, he is preceded in death by a brother, Columbus Street.

Bobbys Arrangements have been entrusted to the Bills-McGaugh & Hamilton Funeral Home of Lewisburg. The family would like to express their deepest appreciation to the staff Oakes & Nichols Funeral Home.
To order memorial trees in memory of Bobby Lee Street, please visit our tree store.