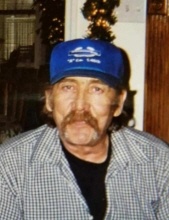 Funeral Services for Mr. Osborne will be conducted on Wednesday, November 20th at 1:00 PM in the chapel of Bills-McGaugh & Hamilton Funeral Home. Burial will follow in Sunset Park Memorial Gardens with military honors provided by the U.S. Army. The family will visit with friends on Wednesday from 10:00 AM until the time of service.

Born on August 6, 1950 in Lewisburg, he was the son of Mamie Haskins Osborne and the late Earl Osborne. Mr. Osborne served his county in the US Army, during the Vietnam War. He was a retired truck driver, and an avid fisherman.

He is preceded in death by a son, John P. Wilson and a sister, Christine Dutton.

In lieu of flowers, memorial contributions may be made to the Marshall County Veterans Association, 230 College St # 210, Lewisburg, TN 37091.

BILLS-MCGAUGH & HAMILTON FUNERAL HOME is assisting the family with arrangements. Condolences may be offered online at www.billsmcgaugh.com.
To order memorial trees in memory of Bobby E Osborne, please visit our tree store.