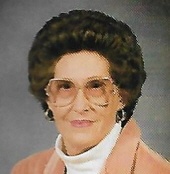 A private graveside service will be held Thursday, December 6, 2018 at Lone Oak Cemetery.

Arrangements have been entrusted to Bills-McGaugh & Hamilton Funeral Home & Crematory. Condolences may be offered online at billsmcgaugh.com
To order memorial trees in memory of Betty R Fox White, please visit our tree store.