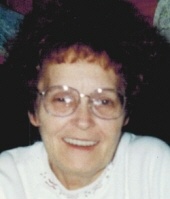 Mrs. London was a native of Lewisburg, the daughter of the late William Henry Lee and Elsie Vaughn Lee. She was retired from Newell Rubbermaid with twenty-eight years of service. She was of the Baptist faith.

In addition to her parents, she was also preceded in death by her husband, Richard Lewis London and 10 brothers, Claud, Cooley, Buford, Avery, Thomas, Melvin, Virgil, Marvin, Baxter, and Allen Lee.

Bills-McGaugh Funeral Home & Crematory is in charge of the arrangements.
To order memorial trees in memory of Betty London, please visit our tree store.