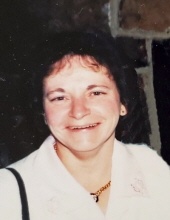 Betty June Isley, 74, resident of Tullahoma, died on Wednesday, September 22, 2021 at her residence.

A Graveside Service will be conducted on Wednesday, October 13th at 1:00 p.m. at Lone Oak Cemetery. The family will visit with friends on Wednesday from 11 a.m. until 12:30 p.m. at Bills-McGaugh & Hamilton Funeral Home.

A Marshall County native, Betty was born on November 28, 1946 to the late Charles Sharp and the late Christina Howard Sharp. She loved working in her garden.

In addition to her parents, she is preceded in death by her husband, Charles E. Isley and sister, Linda Faye Cozart.