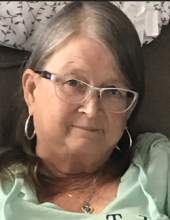 Betty Carol Anderson, a resident of Lewisburg, age 66, passed away on Wednesday, March 2, 2022, at Williamson Medical Center in Franklin, TN.

Family and friends of Betty will gather March 7, 2022, at Bills -McGaugh & Hamilton Funeral Home from 11 a.m. to 1 p.m. followed by a memorial service starting at 1p.m.

Born on January 10, 1956, in Albany, GA, she was the daughter of the late James William Anderson and Ethel Cleo Elliott Henson. Betty loved watching NCIS and any crime related tv shows. She was a member of Amazing Grace Community Church.

BILLS-MCGAUGH & HAMILTON FUNERAL HOME IS HONORED TO ASSIST THE FAMILY WITH CREMATION ARRANGEMENTS. You may share fond memories and condolences online at www.billsmcgaugh.com