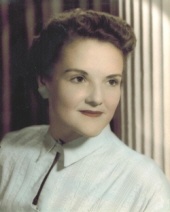 Bertha "Lee" Bassham Stevenson, age 83 of Lewisburg, passed away on Wednesday, April 22, 2015 at her residence after a long illness.

Mrs. Stevenson was a native of Giles County and was the daughter of the late Alford Bassham and Clara White Bassham. She was also preceded in death by a sister, Edith Green and a son, Randy J. Dillard.

Mrs. Stevenson was manager of Williams Optical in Nashville, where she retired and was a member of Richland Cumberland Presbyterian Church.

Funeral services for Mrs. Stevenson will be held Saturday, April 25, 2015 at 11 AM in the Chapel of Bills-McGaugh Funeral Home with Buddy Pope officiating. Burial will follow in Short Cemetery in the Spring Place Community. Visitation with the family will be Friday, April 24, 2015 from 4 PM until 8 PM at the funeral home.

Bills-McGaugh Funeral Home & Crematory is in charge of the arrangements.
To order memorial trees in memory of Bertha Lee Stevenson, please visit our tree store.