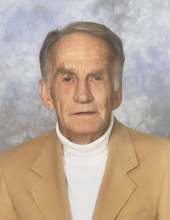 Visitation will be Saturday, June 18, 2022, from 1 p.m. to 3p.m in the chapel of Bills-McGaugh and Hamilton Funeral Home. Graveside services will be held at Lone Oak Cemetery beginning at 3p.m.

Born July 28, 1944, in Mobile, AL, he was the son of the late Reuben W. Jones and Clara Broom Jones. He graduated from Deshler High School in Tuscumbia, AL and then went on the attended The University of Alabama System. He was a huge Alabama football fan. He enjoyed talking about the football team, Bear Bryant, and Nick Saban. Mr. Jones was an avid reader, playing cards especially Rook and Bridge, enjoyed working on his bonsai plants and playing pool. He retired from the TVA after 30 years of service in Huntsville, AL. Mr. Jones was married to his wife Betty for 21 years.
Survivors include wife, Betty Ann Richardson Jones; daughters, Rebecca Southard and Daphne Maples; son, Ben W. Jones; stepson, Jeff Lyons; sisters, Mary Jones and Ruth Jones; brother, David (Donna) Jones; grandchildren and great grandchildren.

BILLS-MCGAUGH & HAMILTON FUNERAL HOME & CREMATORY is honored to assist the family with arrangements. Notes of sympathy may be offered online at www.billsmcgaugh.com.