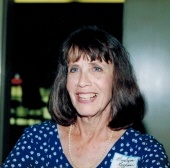 Barbara June Bigham Jones, age 77 of Lewisburg, TN passed away Thursday, March 17, 2016 at NHC-Oakwood. She was the daughter of the late David H. and Catherine Malone Bigham and the widow of Billy Wayne Jones who passed away in 2015.
Also preceding her in death was a son, Jeff Jones in 2011 and son-in-law, G. A. White in 2008, a brother, Douglas Bigham and sister, Carolyn Davidson.
Barbara retired from Teledyne. She was a member of the First United Methodist Church of Lewisburg and the United Methodist Women's Group. She was a volunteer for Meals on Wheels, a member of the Daughters of the American Revolution and Dames of the Magna Carta.
Her survivors include a daughter, Vickie White of Cornersville, TN, and two sons, Jason (Susan) Jones and Bill Jones of Lewisburg, TN. She is survived by seven grandchildren, Connie White Robbins of Tupelo, Miss., Ashton Jones of Lewisburg, Jacob White of Lake Jackson, TX, Hayden, Neyland, Aaron and Cooper Jones of Lewisburg and four great-grandchildren. Also surviving her is a brother-in-law, Drew Davidson and several nieces and nephews.
Visitation with the family will be Saturday, March 19, 2016 from 4:00 PM until 8:00 PM in the chapel at Bills-McGaugh Funeral Home and also 2 hours prior to services on Sunday.
Funeral services for Barbara will be Sunday, March 20, 2016 at 2:00 PM in the chapel of Bills-McGaugh Funeral Home with burial to follow in Lone Oak Cemetery.
Notes of condolences may be sent to www.billsmcgaugh.com.
Bills McGaugh Funeral Home and Crematory is in charge of the arrangements.