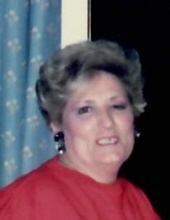 Audrey S. Jackson, age 84, passed away on Wednesday, January 17, 2018 at the Tennova Healthcare of Shelbyville. She was born on December 31, 1933 to the late Warn David and Sara Delle George Swain in Lynchburg, TN. Mrs. Jackson was a retired lab tech with the Cosmolab Corporation of Lewisburg. She enjoyed traveling and reading.

Visitation with the family will be held on Thursday, January 18, 2018 from 4:00 pm until 7:00 pm in the Chapel of Bills-McGaugh & Hamilton Funeral Home. The Funeral Service will be Friday, January 19, 2018 at 1:00 pm with Thomas Taylor officiating. Entombment will immediately follow in the Sunset Park Cemetery Mausoleum, Lewisburg, TN.

Expressions of condolence to the family may be sent to www.billsmcgaugh.com.