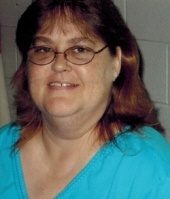 Mrs. Lentz was a native of Marshall County and was the daughter of the late Joe M. Callahan and Rozzella Mai West Callahan. Michelle was also preceded in death by two infant children, Matthew and Madison Lentz. She was a loving wife, mother, sister, grandmother, and was of the Christian faith.

Survivors include her husband, Charles "Chuck" T. Lentz, III of Goodlettsville; two daughters, Chasity Lyman of Nashville and Kimberly McAllister of Ashland City; a sister, Cheryl Henson of Lewisburg; a brother, Robert Ketchum of Shelbyville; four sister-in-laws, Alice Gale (Doug) Ball of Lewisburg, Marsha Craig of Madison, Charlene (Jeff) Moseley of Goodlettsville, and Debbie (Carl) Pruitt of Nashville; three grandchildren and one on the way, and a host of nieces and nephews.

Funeral services for Mrs. Lentz will be Wednesday, April 29, 2015 at 2PM in the Chapel of Bills-McGaugh Funeral Home with Carl Pruitt officiating. Burial will follow in Lone Oak Cemetery in Lewisburg. Visitation with the family will be Tuesday, April 28, 2015 from 4 PM until 8 PM at the funeral home and again on Wednesday one hour prior to the service.

Bills-McGaugh Funeral Home & Crematory is in charge of the arrangements.
To order memorial trees in memory of Angelina Michelle Lentz, please visit our tree store.