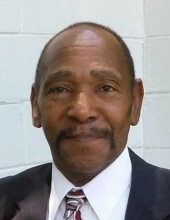 Born on December 31, 1953 in Petersburg, he was the son of the late Joe Henry and Truly Mai Holmon Foxx. He enjoyed hunting and fishing.

In addition to his parents, he is preceded in death by his brothers, Robert Lee Holmon, Bobby Joe Foxx, and Grover Foxx.

Bills-McGaugh & Hamilton Funeral Home is honored to assist the family with cremation arrangements. Condolences may be made to the family at www.billsmcgaugh.com.
To order memorial trees in memory of Andy Eugene Foxx, please visit our tree store.