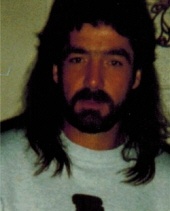 Allan Blair Bennett, age 54 of Lewisburg, passed away on Monday, July 21, 2014, at Vanderbilt University Medical Center in Nashville. A native of Williamson County, Mr. Bennett was the son of the late Abraham Lincoln Bennett and Patsy Roper Bennett. He was in construction and served his county in the Army National Guard. In addition to his parents, he was preceded in death by his sister, Brenda Gail Bennett, and a brother, Leslie Bennett.

Funeral services for Mr. Bennett will be held Thursday, July 24, 2014, at 2 PM from the Chapel of Bills-McGaugh Funeral Home with Mary Ann Pruitt officiating. Mr. Bennett will be cremated following the service and his ashes will be buried in Bennett Cemetery at a later date. Visitation with the family will be Thursday, July 24, 2014, from 10 AM until 2 PM.

Condolences may be made to the family at www.billsmcgaugh.com.

Bills-McGaugh Funeral Home & Crematory is in charge of the arrangements.
To order memorial trees in memory of Allan Bennett, please visit our tree store.