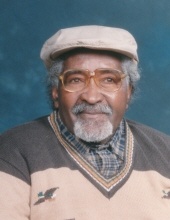 The family will visit with friends on Wednesday, September 30th from 4:00 – 7:00 pm in the chapel of Bills-McGaugh & Hamilton Funeral Home. Funeral services will be conducted on Thursday, October 1st at 11 am at Second Avenue Church of Christ with Brother Gary Davis, eulogist. Burial will follow in the Garden of Prayer at Sunset Park Memorial Gardens. Active pallbearers include his grandsons. Flower bearers include his nieces.

Born on November 5, 1933 in Pulaski, he was the son of the late Albert Owens, Sr. and the late Thelma Goff Owens. On October 9, 1962, he married his wife of 46 years, Jessie Mae Tolliver, who preceded him in death on January 23, 2010. He was a longtime farmer, and has a special connection with animals. Albert was an avid rabbit and squirrel hunter. Above all, he loved spending time with his family and friends.

In addition to his parents and wife, he is preceded in death by a daughter, Rosemary Davis.

Bills-McGaugh & Hamilton Funeral Home is honored to assist the family with arrangements. Fond memories and condolences may be shared online at www.billsmcgaugh.com.
To order memorial trees in memory of Albert Owens, Jr., please visit our tree store.