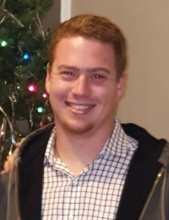 Wilson born March 19, 1992, in Augusta, Ga., and spent his early childhood in nearby Edgefield, S.C. with his parents, Jay and Jacqueline Langston. His later childhood was spent in Brentwood, Tenn., and he attended David Lipscomb Middle School and graduated from David Lipscomb High School. He earned his varsity letter in football for DLHS his sophomore year as an offensive lineman for the 2008 TSSAA 3A State Championship squad. Playing with hand and shoulder injuries his senior year, his coach, the late Glen McCadams, credited Wilsons leadership at center with "saving our season." Upon graduation Wilson attended Lipscomb University, and he was a familiar face at the Ace Hardware in Brentwood where he began working at 15. He later moved to Lewisburg to his parents farm in north Marshall County.

Wilson was a writer with articles published in Tennessee Sportsman and Tactical Weapons magazines. He was a gifted mechanic, building his first drag racing truck at 16. He was last employed at a diesel mechanics shop in Rossville.

Wilson was a member of Berrys Chapel Church of Christ where he was baptized at 14. He moved his membership later with his family to Harpeth Hills Church of Christ, and was most recently an active member of the Compassion Church in Collierville, Tenn.

A memorial service was shared by family and friends Sunday August 12 at Hardison Mill Farm. The service was conducted by Methodist pastor and family friend Roger Hook of Floral, Arkansas, who spent many memorable days afield with Wilson and the young mans father hunting wild turkeys. The family wishes to give special thanks to Rory Feek for providing a beautiful and fitting venue for the memorial service at his concert barn near Pottsville, Tenn. After the service, Wilsons ashes went home to his parents farm between Berlin and Pottsville.

In lieu of flowers, some have made contributions to the Wilson Langston Memorial Scholarship Fund, in care of Spring Meadows Church of Christ in Spring Hill, Tenn.