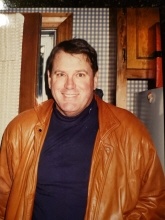 William Harvey Allen, aged 74, passed away peacefully at his home after a valiant fight with Parkinsons Disease. Will was a graduate of J.H. Rose High School in Greenville, NC., where he was a State Champion in Track. He received a track scholarship and earned his bachelors degree from the University of North Carolina at Chapel Hill. He was a four-year letterman in track and played on the football team for his beloved Carolina Tar Heels. He proudly volunteered to serve his country in Vietnam, and became a green beret with the US Army Special Forces. He worked for Dr Pepper/Cadbury Schweppes for many years, before starting his own company. Will was an avid golfer, master chef and loved entertaining friends and family. He was quick with a joke, never met a stranger and truly enjoyed life to the fullest. To know him was to love him.

He was preceded in death by his infant son, William Reagan Allen, and his parents Howard and Lillian Allen. He leaves to cherish his memory, his best friend and beloved wife, Tracy, his sisters Barbara (Michael) Miller of Williamsburg, Virginia, Carolyn (Bobby) Tew of Salemburg, North Carolina, one brother Charles (Tracey) Allen of Greenville, North Carolina, his sisters-in-law Mary Gwen Whitaker, Alisa (Howard) Warner, and brother in laws, Whit (Rebecca) Whitaker and Bob (Jen) Whitaker all of Tennessee. Numerous nieces and nephews also survive, as well as two special companions, whom he adored, Mickey and Annie.

Graveside services for family and friends will be held at Lone Oak Cemetery, Saturday, August 31st at 10:00 a.m. In lieu of flowers, donations can be made to the Parkinsons Foundation; 200 Southeast 1st Street, Suite 800, Miami, FL 33131.
To order memorial trees in memory of William Harvey Allen, please visit our tree store.