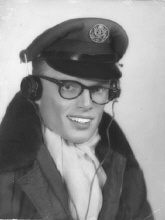 Thomas Millwater, age 75, of Lewisburg, TN passed away at his residence on Monday, June 27, 2016. Mr. Millwater was a retired VIETNAM Veteran of the US Air Force. After retirement he was an electrician in factory maintenance. He was born on May 15, 1941 in Brunswick, New Jersey to the late Steven Millwater and the late Jeane OReilly Johnstone.
Mr. Millwaters wife, Margie Rea Hood Millwater, preceded him in death in July 2015, along with two brothers, Donald Millwater and John Millwater. He is survived by two daughters, Teresa Lynne Millwater, Beavercreek, Ohio, Patricia Ann Millwater, Lewisburg, TN, one grandson, Cameron Millwater, and one granddaughter, Jaimee Millwater.
No visitation or service is planned at this time.
Notes of condolences may be sent to www.billsmcgaugh.com.
Bills McGaugh Funeral Home and Crematory is in charge of the arrangements.
To order memorial trees in memory of Thomas Millwater, please visit our tree store.