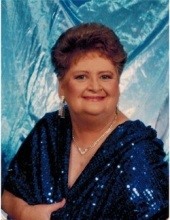 Ruby Earlene Gipson, age 81 of Belfast, passed away on Tuesday, April 15, 2014 in NHC Healthcare-Lewisburg. A native of Franklin, TN, Mrs. Gipson was the daughter of the late Marvin G. Burrow, Sr. and Minnie E. Pyland Burrow. She was a homemaker and a member of Parkview Baptist Church. In addition to her parents, she was preceded in death by her husband of thirty-four years, Bobby Loyd Gipson, who passed away in 1987 and her sister, Frances M. Burrow Ekas.

Funeral services for Mrs. Gipson will be Thursday, April 17, 2014, at 12 Noon from the Chapel of Bills-McGaugh Funeral Home with Danny Jones officiating. Burial will follow in Lone Oak Cemetery in Lewisburg. Visitation with the family will be Thursday, April 17, 2014, from 10 AM until the funeral hour at Bills-McGaugh Funeral Home.

Bills-McGaugh Funeral Home & Crematory is in charge of the arrangements.
To order memorial trees in memory of Ruby Gipson, please visit our tree store.