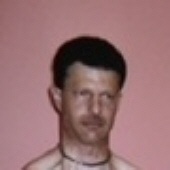 Perry Steven Schwartz, age 57 passed away on Tuesday, September 25, 2018 in Maury Regional Medical Center. He was born in Brooklyn, New York to Stanley and Gloria Katzman Schwartz on March 31, 1961. Perry was employed as a chef with The Reserve in Spring Hill, TN.

Perry was preceded in death by his mother, Gloria Katzman Schwartz. He is survived by his father, Stanley Schwartz and a dear friend and companion, Pam Ellis.

Arrangements will be announced at a later date.

Bills-McGaugh & Hamilton Funeral Home & Crematory is in charge of the arrangements.
To order memorial trees in memory of Perry Steven Schwartz, please visit our tree store.