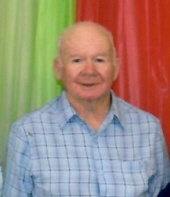 Paul Ray Pigg, 73, passed away on Tuesday, October 9, 2018 at NHC- Oakwood, Lewisburg, TN. Mr. Pigg was a Lincoln County native and was born on April 12, 1945 to the late Paul Ewen and Virginia Hill Pigg. He was a retired employee of Tentucky Farms, Lewisburg, TN.

Visitation with the family will be on Thursday, October 11, 2018 from 4:00pm until 8:00pm in the chapel of Bills-McGaugh & Hamilton Funeral Home and again on Friday, October 12, 2018 from 10:00 am until Noon. The funeral service will immediately follow the visitation on Friday at Noon with Keith Hobbs officiating. Burial will be in Walnut Grove Cemetery, Belvidere, TN.

Notes of sympathy may be sent to the family at www. billsmcgaugh.com.