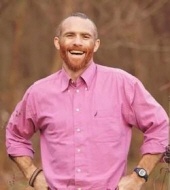 Paul Daniel Gecko/Bosco/Tree Coakley, age 34, of Lewisburg passed joyfully into the arms of the Lord on Jan. 20th, 2014 at Vanderbilt Hospital after a short battle with cancer.

Born Feb. 9th, 1980 to Joe and Kathy Coakley he was the second of eight children. He grew up in Mariposa and Hanford CA where he was involved in many sports and homeschool groups. Renowned throughout his life for his athleticism, Pauls childhood & teenage activities included participating on a performance gymnastics team, working as a lifeguard, competing in many sporting events Shattering Lance Armstrongs Record (as a local newspaper headline read) by winning the 1994 Ironkids National Championship Triathlon in Nashville, TN a race won by Lance Armstrong years before.

He attended Franciscan University of Steubenville Ohio where he received a degree in Business. While at Franciscan he led the Outdoors Club and was a member of the household Brothers of the Eternal Song. The impact of the Brothers spiritual life and close-knit friendships would have a lasting effect on the rest of Pauls life. Paul was a legend on campus for his deep faith and crazy antics. He jumped off bridges and cliffs, took crazy road trips and camping trips, was an amazing dancer and an even more amazing friend.

Pauls passion was bringing people to Christ through outdoor camp ministry. After college he worked as a youth minister in Mississippi. He later moved back to California where he worked at YMCA Lake Sequoia as youth camp director and for Genesis Account Outdoor School. It was while working for camp that he met his wife, Ann. They were married a year and one week from the day they met.

Paul and Ann spent the first two years of their marriage driving across country for USA Truck, a time they referred to as their two year honeymoon. They were blissfully happy and madly in love.

In May of 2010, Paul and Ann moved to Reedsburg, WI where Paul became the Program Director for the Diocese of Madisons Camp Gray. They welcomed three children during their four years at Camp Gray: two sons, Christian and Damian, and a daughter, Caeli Grace. Paul and Ann are expecting their fourth child in April.

In order to have more room for their growing family, Paul and Ann moved to her family farm in Lewisburg TN in June of 2014. His love of the outdoors was able to be indulged through farm life, building treehouses with his kids, riding horses and living close to Gods creation.

Nothing was more important to Paul than his relationship with God. His family came a very close second. He loved his wife and children with a passionate disregard for himself. His motto was I am Third: Jesus, Others, Me

Paul will be remembered for the way he showed Christ to others, lived joyously, and loved deeply. He spoiled his wife and daughter daily, taught his sons how to have the adventures every boy and man should experience, and reached out to those in need physically or emotionally - without any hesitation or judgment. Pauls life unequivocally exemplified one of his favorite quotes: The glory of God is man fully alive. (St. Irenaeus)

Visitation will be on Friday, January 23, at St. John the Evangelist, Lewisburg, TN from 5 to 7pm and again on Saturday from 9-10am at St. Catherine of Siena in Columbia, TN. The funeral mass will be celebrated at 10am at St. Catherines. A graveside service will immediately follow on Andrews Spring Farm in Lewisburg. A reception will immediately follow at St. John the Evangelist in Lewisburg.

In lieu of flowers, please make donations to his wife and his children.

Bills-McGaugh Funeral Home & Crematory is in charge of the arrangements.
To order memorial trees in memory of Paul Coakley, please visit our tree store.