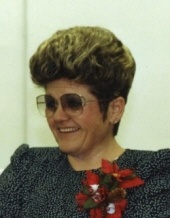 Patsy Kaye Montgomery, age 70, passed away on Tuesday, November 3, 2015 at her home after an extended illness. She was retired from Teledyne with over 20 years of service and was of the Baptist faith.
Patsy was preceded in death by her beloved husband Bob Montgomery along with her mother and father, Beatrice and Bill Long, brothers Earl, Glynn, Frank, Norval and Richard Long. Sisters, Wytoka Casey, and Billie Jones.
She is survived by sons, Johnny (Misty) Montgomery and Bobby Montgomery of Lewisburg, sisters, Wanda Jones of Texas, Sandra Patterson, Alice Ammons and Jacquetta (Mike) Perry of Lubbock, Texas, a special granddaughter, Amber Montgomery (Mike) Wright, grandchildren, Ryan and Morgan Montgomery, great-grandchildren, Kenzie and Braxton Wright. An appointed daughter Kim Rogers and appointed grandchildren Robin Coyle, Ashley London, Dylon Johnson and Kayla Bates also survive.
Visitation with the family will be Thursday, November 5, 2015 from 4:00 pm till 8:00 pm with the family sharing remembrances of her life at 6:00 pm. Following the service, Mrs. Montgomery will be cremated and her ashes will be buried at Lone Oak Cemetery at a later date.
To order memorial trees in memory of Patsy Montgomery, please visit our tree store.