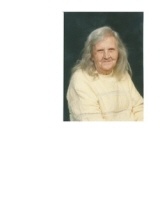 Biography
Nancy Melissa Brown Jett, age 80 of Lewisburg passed away on Saturday, October 6th, 2012 at NHC-Lewisburg. A native of Giles County, TN, she was the daughter of the late Benjamin Brown and Nancy Julia Sutton Brown. In addition to her parents, her husband Howard Lee Jett preceded her in death in 1991. She was a homemaker and a member of Mt. Lebanon Baptist Church in the Laws Hill community of Marshall County.

Funeral services for Mrs. Jett will be Tuesday, October 9th, 2012 from the chapel of Bills-McGaugh Funeral Home at 2:00 P.M. with Randall Harmon officiating and burial in Lone Oak Cemetery. Visitation with the family will be Monday, October 8th, 2012 from 4 P.M. to 8:00 P.M. at the funeral home and on Tuesday after 10 A.M.

In lieu of flowers, memorials are encouraged to the charity of one's choice.
To order memorial trees in memory of Nancy Jett, please visit our tree store.