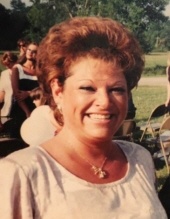 Born on May 16, 1957 in Perrysburg, Ohio, she was the daughter of Lenard Caswall of Tucker, Georgia and Beverly Cannizzaro Brown of Portland, Tennessee. She was married to Robert Frank Garza, Sr., who preceded her in death on July 28, 2017. Michelle enjoyed sewing, crocheting and loved spending time with her grandchildren.

Family and friends are invited to share fond memories and celebrate Michelle's life with a Memorial Visitation on Tuesday from 4:00 - 8:00 P.M. at Bills-McGaugh & Hamilton Funeral Home.

BILLS-MCGAUGH & HAMILTON FUNERAL HOME & CREMATORY is assisting the family with cremation arrangements. Condolences and memories may be shared with the family online at www.billsmcgaugh.com
To order memorial trees in memory of Michelle Caswall Garza, please visit our tree store.