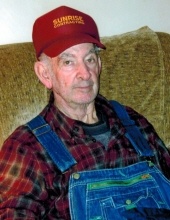 Michael M. Owen, age 69 passed away on Sunday, May 7, 2017 at The Bridge of Monteagle Center, Monteagle, TN. He was born in Nashville, TN on October 20, 1947 to the late Alton Johnson and the late Elizabeth Murdock Owen. Mr. Owen was retired from AVCO and of the Baptist Faith. He loved his fishing and farming.
Survivors include his wife, Sharon Owen, Murfreesboro, TN, two daughters, Emily Rae Burns, Chapel Hill, TN, Sherry Ann (PJ) Pratt, Murfreesboro, TN, and six grandchildren.
Visitation will be held with the family on Monday, May 8, 2017 from 4:00 pm until 7:00 pm at Bills McGaugh Funeral Home. Visitation will be again on Tuesday, May 9, 2017 from 1:00 pm until the funeral hour. The Funeral Service will be Tuesday, May 9, 2017 at 2:00 pm in the Chapel of Bills McGaugh Funeral Home with Phillip Robinson of New Vision Baptist Church of Murfreesboro, TN officiating. Burial will follow in Talley Cemetery. The Grandchildren and a Son-In-Law will serve as Pallbearers.
In lieu of flowers donation may be made to the Alzheimers Association, 4825 Trousdale Drive, Suite 220, Nashville, TN 37220.
Notes of condolences may be sent to www.billsmcguagh.com.
Bills McGaugh Funeral Home and Cemetery is in charge of the arrangements.
To order memorial trees in memory of Michael M. Owen, please visit our tree store.