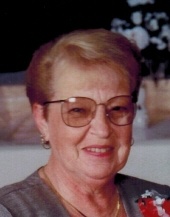 Martha "June" Emmaline Scribner, age 77, passed away at her residence in Lewisburg, TN on Sunday, March 26, 2017. Martha was born on June 6, 1939 to the late James and Emma Fults Madewell in Beersheba Springs, TN. She was the Director of the Crook County Violence and Sexual Assaults division until her retirement. Martha was loved by all and she loved everyone. She was known as an "All is Good" kind of person and never complained. Martha was a great wife, mother, grandmother and friend.
Martha was also preceded in death by her husband, Jerome "Jerry" Scribner and a sister, Gladys Morrison. She is survived by three sons, Jerry Lee (Sue) Scribner, Sundance, WY, Dale DWayne (Melessa Lynch) Scribner, Lewisburg, TN, Jack Lee (Cedar) Scribner, Newcastle, WY, three daughters, Tianna Joy Scribner Clave, Moorcroft, WY, Lianna June (Jeff) Lenz, Sundance, WY, Dianna Lynn Scribner, Sundance, WY, twenty one grandchildren, and thirty five great-grandchildren.
A Memorial Service will be held on Sunday, April 2, 2017 at 2:00 PM in the Chapel of Bills McGaugh Funeral Home with Tom Dumser officiating. Visitation will start at 1:30 PM prior to the service. Grandchildren and great-grandchildren will serve as pallbearers and honorary pallbearers.
In lieu of flowers memorials may be made to the SCATS (South Central Area Transit Service) - Marshall, 826 West Commerce, Lewisburg, TN 37091.
The family would like to sincerely thank the Fresenius and Staff of Lewisburg for their excellent care.
Notes of condolences may be sent to www.billsmcgaugh.com.
Bills McGaugh Funeral Home and Crematory is assisting the family with the arrangements.
To order memorial trees in memory of Martha Emmaline June Scribner, please visit our tree store.