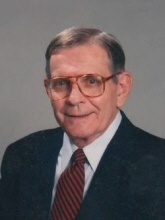 Karl Benjamin Sadler, age 83, of Lewisburg, passed away on Saturday, September 12, 2015 at NHC-Oakwood. Born in Selma, Alabama, Mr. Sadler has been a resident of Lewisburg for many years. He was a veteran of the U. S. Navy and a graduate of Auburn University. He retired from Intercity Products and Walker Die Casting. Karl was a draftsman, machinist, a professional photographer and an accomplished artist.
Mr. Sadler is the son of the late Archie and Annie Warren Sadler who precede him in death. He was also preceded in death by his wife, Martha Clay Sadler in 2005 and a daughter, Karen Vann.
He is survived by a step daughter, Maysene Henson of Lewisburg, Tn and two step sons,Barry(Ann)Woodward of Oak Harbor,Wa. and Randy Woodward of Lewisburg,Tennessee.One grandson,Christopher Vann,and one step grandson, Bill Henson. Four step granddaughters, Monette(Doug)Fagan,Mary Beth(Billy)Anderson,Heather(Chad)Woodward, and Lisa Woodward Nash. Also surviving are 10 great-grandchildren.
Memorial services are planned for Tuesday, September 15, 2015, at 6:00pm in the chapel of Bills-McGaugh Funeral Home with visitation two hours prior to service time.
Interment will be in Wheel Cemetery in the Wheel community at a later date.
In lieu of flowers, the family requests donations be made to Mr. Sadlers memory to the Marshall County Art Guild,P. O. Box 1862, Lewisburg, Tennessee, 37091
Condolences may be sent to www.BillsMcGaugh.com.

Bills-McGaugh Funeral Home & Crematory is in charge of the arrangements.
To order memorial trees in memory of Karl Sadler, please visit our tree store.