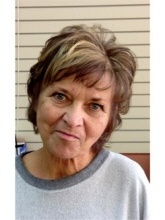 Biography
Judith DeSalvo Hill, age 64 of Lewisburg, passed away on Wednesday, June 4, 2014 in NHC Healthcare-Lewisburg. A native of Piscataway, NJ, Mrs. Hill was the daughter of the late Oliver Oaks and Wilma Wrubleski Oaks. She was also preceded in death by her son, Sammie DeSalvo. She was a homemaker and was of the Catholic faith.

A private family memorial service for Mrs. Hill will be held at a later date.

Bills-McGaugh Funeral Home & Crematory is in charge of the arrangements.
To order memorial trees in memory of Judith Hill, please visit our tree store.