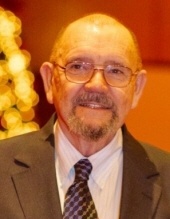 A Celebration of Johns Life will be conducted on Saturday, July 6, 2019 at 2:00 P.M. at Faith Assembly Church with Linda Price officiating.

Born on September 9, 1943 in Independence, Oregon, he was the son of the late George Uland and the late Kathleen Ashcroft Uland. He served in the United States Marines as a Communication Specialist. John was a retired from CosmoLab as a tool and die maker. An avid gardener, he enjoyed planting flowers and bird watching. John loved hot air balloons, later obtaining his pilot license, and collecting trains. He was a devoted member of Faith Assembly Church in Farmington, and a good Christian man.