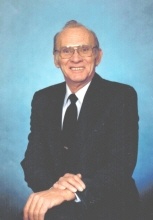 John Sutton Redd, age 83 of Lewisburg, TN passed away on Thursday, September 1, 2016 at his residence.
Mr. Redd was a native of Lincoln County, Tennessee and was the son of the late Garrett and Myrtice Cleek Redd. He was a former fire chief with the City of Lewisburg from 1984 until his retirement in 2001.
In addition to his parents, he was preceded in death by one brother, Billy Redd and two sisters, Edith Parker and Glendon Frost.
Survivors include his wife of fifty-nine years, Audrey Holder Redd of Lewisburg, two daughters, Pam Freeland, Jeanna Redd, both of Lewisburg, two sons, John Keith ( Cheryl) Redd of Lewisburg, Timothy ( Sharron) Redd of Memphis, Tennessee, and a sister, Iris Bradford of Shelbyville. Eight grandchildren and sixteen great-grandchildren also survive.
Funeral services for Mr. Redd will be conducted on Sunday, September 4, 2016 at 2:30 P.M. from the chapel of Bills-McGaugh Funeral Home. Burial will follow in Sunset Park Cemetery. Visitation with the family will begin on Saturday from 4:00 p.m. until 8:00 p.m. and again on Sunday from 12:00 noon until the funeral hour.
Pallbearers will be Jeff Crick, Marty Middleton, Mike Barron, Larry Baxter, William Lynch and Sydney Mayberry.
Honorary pallbearers will be employees of the Lewisburg Fire Department.
Notes of condolences may be sent to the family at www.billsmcgaugh.com.
Bills McGaugh Funeral Home and Crematory is in charge of the arrangements.
To order memorial trees in memory of John Sutton Redd, please visit our tree store.