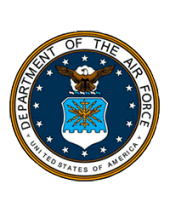 Mr. John Lawrence Anderman, age 90, originally of North Wales, Pennsylvania, died Wednesday evening, June 26th, at his sons home in Lewisburg. Until recently, he had been a resident of Summerfield, Florida, since 1996.

Mr. Anderman was the son of the late Charles B. Anderman, Sr. and the late Edith Brunner Anderman. He was preceded in death by his wife, Glenna J. Anderman in 2009, and an older brother Charles B. Anderman, Je. He was a 1947 graduate of North Wales High School and retired from FMC Corporation / Link Belt. A veteran of the United States Air Force, he is survived by his son, Stephan Anderman of Lewisburg; daughter, Linda Marks of Hammonton, New Jersey; three grandchildren and several great-grandchildren.

Services will be held at a later date at Hiers-Baxley Funeral Home in The Villiages, Florida. Interment will be at Florida National Military Cemetery in Bushnell, Florida, at the convenience of the family.