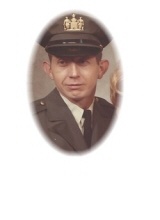 Mr. Garrett was a native of Marshall County and the son of the late Gordon Garrett and Edith Adele Derringer Garrett. He was a retired Staff Sergeant with both the United States Marine Corps and United States Army. During his career, he was earned numerous citations and awards including the Purple Heart with valor and Bronze Star with valor.

Funeral services for Mr. Garrett will be conducted on Sunday, February 3, 2013 at 2:00 P.M. from the chapel of Bills-McGaugh Funeral Home. Burial will take place in Arlington National Cemetery in Arlington, Virginia at a later date.

The family will visit with friends on Saturday, February 2, 2013 from 4:00 until 8:00 P.M. and one hour prior to the service time on Sunday at Bills-McGaugh Funeral Home.
To order memorial trees in memory of Gary Garrett, please visit our tree store.