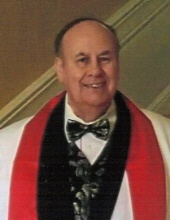 Funeral Services will be conducted on Saturday, October 2nd at 12:00 PM at Bills-McGaugh & Hamilton Funeral Home. Burial will follow in Lone Oak Cemetery. The family will visit with friends on Friday, October 1st from 3 PM until 6 PM at the funeral home.

Garry was born on December 1, 1951 in Lewisburg, to the late John Henry Miller and the late Martha Louise Miller. He was a member of the New Hope Road Church of Christ in Hendersonville. A special word to a few close friends that were by Garry’s side throughout the tough times; Mrs. Henry, Tim and Harry. Y’all meant the world to him.

In addition to his parents, he is preceded in death by his siblings, Patricia Jett and Jimmy Jewel Miller.