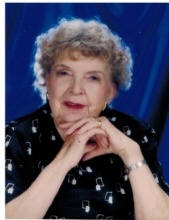 Fern Dorothy Watters, age 98 of Petersburg, passed away on Sunday, December 21, 2014 at Donelson Skilled Care in Fayetteville. Mrs. Watters was a native of St. Louis, MO and was the daughter of the late John Otten and Rosie Johnson Otten. She was also proceded in death by her husband, Robert Lee Watters who passed away in 1999 and a sister, Faye Willis. She was a homemaker and was of the Catholic faith.

Mrs. Watters is survived by several nieces and nephews.

Bills-McGaugh Funeral Home & Crematory is in charge of the arrangements.
To order memorial trees in memory of Fern Watters, please visit our tree store.