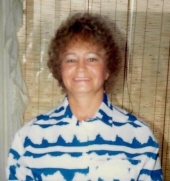 Edith M. Priest, age 78, passed away in NHC-Lewisburg on Sunday, June 3, 2018. Ms. Priest was born in East Prairie, MO to Jessie and Mary Fobar Priest on July 24, 1939. She spent thirty three years as a CNA. She loved sewing, most of all but enjoyed shopping, gardening, stamp collecting and cats.

Visitation and Funeral Services for Ms. Priest will be held at the Ponder - Shelby Funeral Home, 104 West Olive Street, East Prairie, MO 63845, 573-649-3544. Visitation will begin at 12 Noon until 2:00 pm on Wednesday, June 6, 2018. The Funeral Service will begin immediately following the visitation. Burial will be in the East Prairie Memorial Park Cemetery.

Notes of condolences can be sent to www.billsmcgaugh.com.