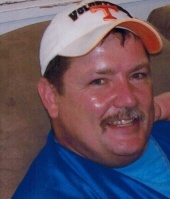 David Martin Carter, age 49, of Lewisburg passed away on Saturday, July 23, 2016. Mr. Carter is the son of Thomas Andrew Carter and Martha Crigger Carter. He was a member of the Church of Christ and a veteran of the United States Navy. Martin will always be remembered for his musical talents.
Preceding him in death was his grandmother, Melba Culbertson and maternal grandparents, Leroy and Frances Crigger.
In addition to his parents, Martin is survived by one son, David Cody Greer of Spartanburg, South Carolina, his siblings, Thomas Andrew II (Angie) Carter of Murfreesboro, Cori (Frank) Cole of Tullahoma, a special nephew, Drew Carter and two special nieces, Deann Carter and Corinne Cole.
Visitation with the family will be Tuesday, July 26, 2016 from 10:00 AM until 2:00 PM in the chapel of Bills-McGaugh Funeral Home. Services with military honors will be held immediately following visitation in the chapel of Bills McGaugh Funeral Home at 2:00 PM.
In lieu of flowers donations may be made to the Farmington Church of Christ, 2192 Highway 40, Lewisburg, TN. 37091.
Notes of sympathy may be sent to the family at www.billsmcgaugh.com.
Bills McGaugh Funeral Home and Crematory is in charge of the arrangements.
To order memorial trees in memory of David Martin Carter, please visit our tree store.