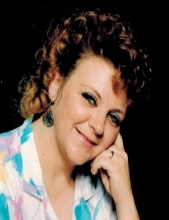 Connie Marie Messick, age 62 passed away on May 16, 2016 at her residence in Lewisburg, TN. Born March 12, 1954 to the late Bobby Crane and Marie Logue Crane, Connie was a lifelong resident of Marshall County. She previously was a Hairdresser.
Preceding Connie in death along with her parents, were a son, Joseph Crane, two brothers, Ronnie and Randy Crane, and a sister, Bobbie Jean Crane.
She is survived by two sons, Shannon James, Lewisburg, Matthew Messick, Lewisburg, a daughter, Nichole (Josh) Sharp, Unionville, two sisters, Sharon Lane, Lewisburg, Patricia Mealer, Lewisburg, two brothers Tony Cooper, Brandon, MS, Donnie Crane, Lewisburg, eleven grandchildren, two great-grandchildren and several nieces and nephews.
Visitation with the family will be at 1:00 PM Friday, May 20, 2016 with a Memorial Service to begin at 2:00 PM. A private interment will be at Sunset Park Cemetery following the service.
Notes of sympathy may be sent to www.billsmcgaugh.com.
Bills McGaugh Funeral Home and Crematory is in charge of the arrangements.
To order memorial trees in memory of Connie Marie Crane Messick, please visit our tree store.