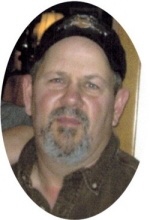 Clifford Pete Chapman, age 59 of Belfast passed away Saturday, May 11, 2013 at his residence. He was a native of Camp LeJuene, NC and the son of the late Clifford Chapman and Mable Cressy Chapman. Mr. Chapman was the proud owner of P. T. Electrical & Fabrication of which he took great pride and was a member of the Church of Christ.

Funeral services for Mr. Chapman will be Monday, May 13th, 2013 at 1 P.M. from the chapel of Bills-McGaugh Funeral Home with Rev. David Wall officiating and burial in Short Cemetery in the Spring Place community. Visitation with the family will begin at 10:00 A.M. Monday until the funeral hour.