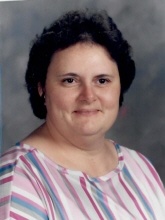 Cheryl Darlene Smith, age 68, passed away at her residence in Lewisburg, TN on Tuesday, April 3, 2018. She was born in Lincoln County, TN on January 2, 1950 to the late Eldon and Neva Tucker Vann Mitchell. She was a homemaker after spending several years as a cafeteria worker at the Scales Elementary School.

In lieu of flowers, donations may be made to Five-Points Volunteer Fire Department, Cornersville, TN.

Bills-McGaugh & Hamilton Funeral Home & Crematory is assisting the family with their arrangements.